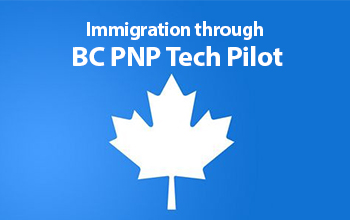 The BC Provincial Nominee Program Tech Pilot offers a quick immigration pathway for people with tech skills applying to be permanent Canadian residents. The Tech Pilot has supported over 4,200 tech workers to be nominated for permanent residence since its launch in May 2017. And the great news is this that province announced that the BC PNP Tech Pilot has been extended for another year i.e. till 2021 to give British Columbia technology companies continued fast access to in-demand skilled workers by prioritizing applications in 29 in-demand occupations. Beyond accessing the skills and talent of B.C. workers, companies need to be able to attract skilled workers from around the world. Tech entrepreneurs and skilled workers from other countries can help grow B.C.’s technology sector, leading to more jobs for British Columbians. The 29 in demand occupations are as follows :

Eligible occupations for the BC PNP Tech Pilot